A powerful monument warning of the dangers of knife crime is arriving in the city this September.

The Knife Angel is a 27-foot sculpture constructed from 100,000 confiscated or surrendered weapons, including blunted flick knives, kitchen knives and even samurai swords.

The striking statue, which is also known as the National Monument Against Violence and Aggression, will be on display in Chelmsford’s Central Park for a month. It’s hoped its message to ‘Save a Life, Surrender Your Knife’ will leave a lasting impression on the city.

Visit is a first for Essex

The British Ironwork Centre created the sculpture, which travels all over the UK, to raise awareness about the dangers of knife crime, aggression and violence.

This is the Knife Angel’s first appearance in Essex and more than a thousand blades from the county can be found within it. Personal messages from families affected by the terrible consequences of knife crime have also been engraved onto the feathers of the angel’s wings.

A knife amnesty campaign will be held throughout September while it’s in Chelmsford and new knife bins where bladed weapons can be disposed of safely and without fear of prosecution will be placed around the city.

A special programme of youth-led events will also run while the statue is in Central Park, including a vigil to remember those who have lost their lives and a youth awards ceremony at the end of the month.

The visit is being led by Chelmsford-based youth organisation Keep it 100 Youth CIC with the support of Chelmsford City Council and Essex Police.

Keep it 100 founder Luisa Di Marco says the Knife Angel’s visit to Chelmsford is a privilege and a unique opportunity to shine a powerful light on the darkness of violent youth culture and the pain many families have been forced to live with.

Next month Keep it 100 will start contacting youth organisations and schools across the county about how they can get involved. A full programme will be unveiled in May, including a new online directory of activities for children and young people and a series of events to celebrate youth culture.

The Knife Angel will arrive in Chelmsford on 6 September 2021. For more information about the visit, go to www.keepit100essex.com. 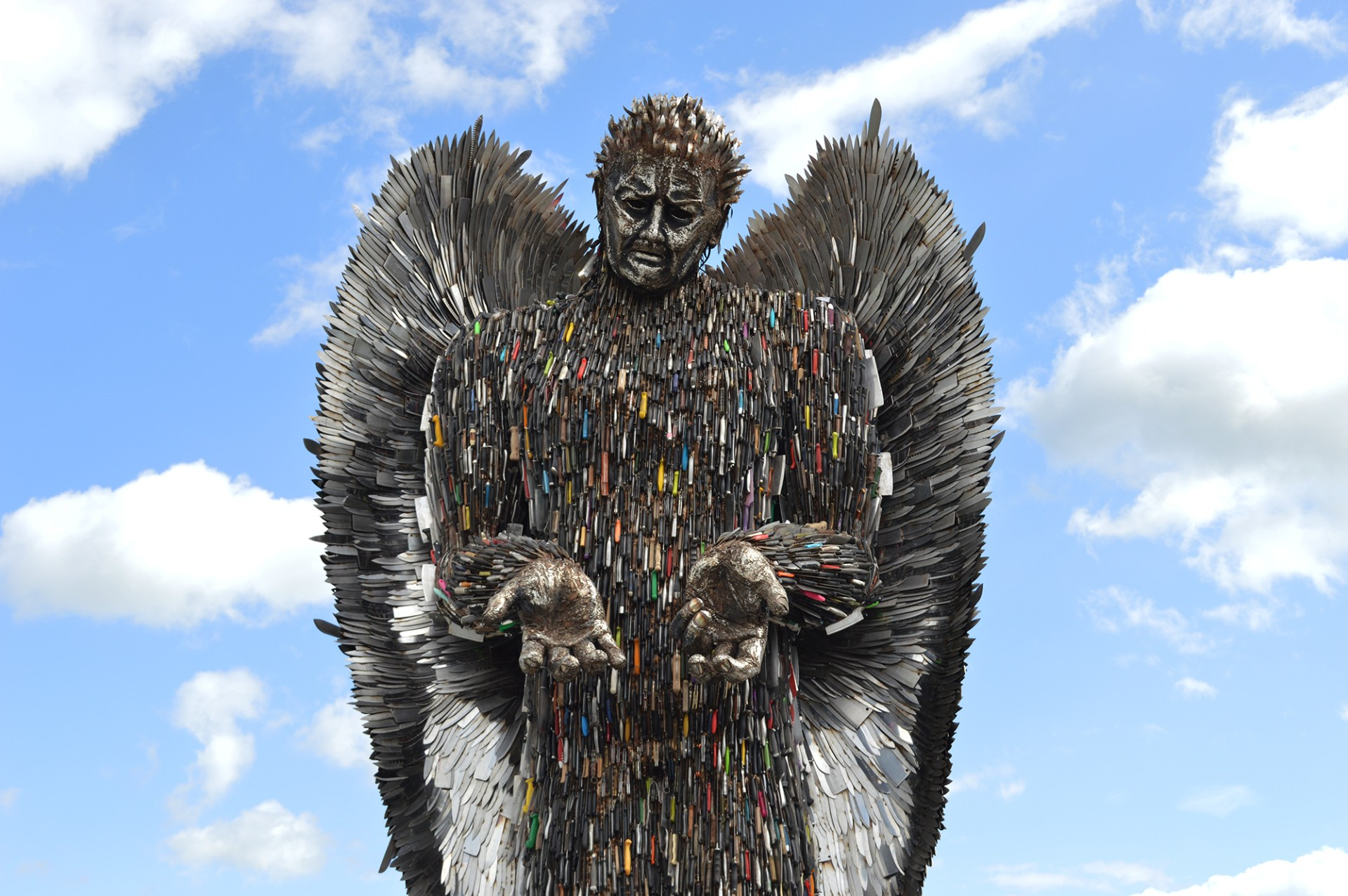